Home > Featured > Archbishop calls for consultation with the people of Achill

Archbishop calls for consultation with the people of Achill 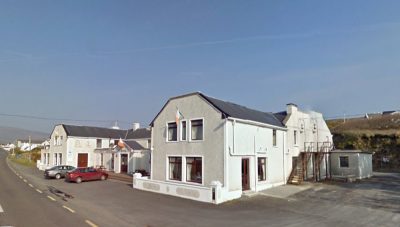 The Archbishop of Tuam has called on the State to conduct “a full and transparent consultation” with local people in Achill over plans to house refugees at the Achill Head Hotel in the village of Pollagh.

In a statement on Saturday evening, Archbishop Michael Neary said it was important that effective advance planning be undertaken by the State in relation to Achill.

“Such preparations should go some way to allay fears and misunderstandings while, at the same time, enabling this important human-centred initiative to work sustainably for the whole community,” Dr Neary said.

The village of Pollagh has less than 80 residents and is located in a remote corner of Co Mayo. Local residents opposed to the Department of Justice’s plan have said 13 new residents or 38, as was originally planned for the hotel, is too many and that local services would not be able to cope.

The Archbishop, in whose diocese Achill is located, also addressed in his statement the media coverage of protests against the reported plan to house asylum seekers at the hotel on Achill Island.

“My only knowledge of the issue is that which has been reported. Neither I, nor the local church, have been advised of any plans by the Department of Justice.”

But he said it was well known, nationally and internationally, that “Achill people are a welcoming people and, in the past, Achill has accepted people from communities from around the world”.

Noting that Ireland is now moving from an era of austerity and recession to a more prosperous economic cycle, he said Christians “are morally obliged to welcome the stranger” and he added, “in the context of our improved circumstances, we have a responsibility to share with those who are less fortunate than ourselves”.

“We should also be particularly alert to those who are experiencing serious upheaval and a crisis of hope in their lives.”

Dr Neary said people have a “moral obligation to serve the common good by preventing the exploitation of sensitive situations concerning vulnerable people by those who trade in hatred and fear”.

“Most Irish families know only too well that feeling of fear and trepidation that accompanies emigration. Let our faith, and our own lived-experience, be a model of generosity to others,” he said.

On Friday, the Department of Justice announced that the planned accommodation of 13 female asylum seekers at the Achill Head Hotel was being postponed.

The announcement was made as protests by those opposed to the use of the accommodation for asylum seekers continued.

The Minister for Justice, Charlie Flanagan, on Friday described the protests as “a siege” and appealed to the protestors to lift it. The Minister also hit out at anti immigration attacks on social media calling for them to end.