Home > News > Appeal to politicians to work together 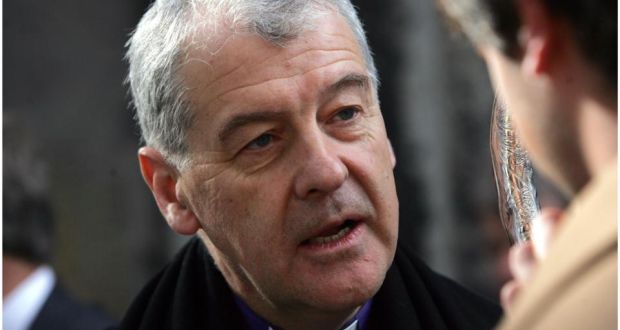 The Church of Ireland Archbishop of Dublin has appealed to politicians across the island of Ireland to work together for the common good.

In a statement on Monday, Archbishop Michael Jackson referred to the “deep level of anxiety felt among ordinary people” over the “past tense days.”

He said these were people with everyday preoccupations about prospects for peace and stability in the developing relationships between the Republic of Ireland and Northern Ireland.

Dr Jackson said these events had underlined how precious peace and stability are to the people of Ireland.

“There is now a generation of young people both North and South who have had no direct experience of the torment which the Troubles caused to countless members of earlier generations,” he noted.

He added, “The scars and wounds are still carried by those whose cry is still for understanding, justice, compassion and forgiveness.”

“For almost ten years, I had the privilege to serve the people as bishop of a truly cross-border diocese, the Diocese of Clogher.”

“I have the deepest of admiration for the ways in which people took the future creatively into their own hands and developed community aspirations and programmes which took them and their families beyond the day-to-day trench warfare of suspicion, mistrust, violence and hopelessness.”

Archbishop Jackson said he had worked for more than three years in the dioceses of Dublin and Glendalough and sensed “a deepening expectation of cross-border togetherness in the things which matter to people – their relationships with their neighbours on this island of Ireland.”

The leader of the Anglican Church in Dublin said public figures from both Ireland and the UK have “underwritten this sense of solidarity and have been warmly applauded for their courage and vision.”

“Like many others, I appeal to politicians South and North to work together with renewed fervour for the common good and to take the fair wind offered by the people of Ireland to foster co-operation and good relations among and for our people throughout the length and breadth of the land.”

His comments were made as Sinn Féin leader Gerry Adams moved to play down suggestions that his party’s commitment to policing in NI had wavered in the wake of his arrest and questioning by the PSNI.

Speaking on Monday, Gerry Adams said he supported the PSNI and would “continue to work with others to build a genuinely civic policing service.”

Meanwhile, the Secretary of State for Northern Ireland, Teresa Villiers, said it would have been very destabilising if Sinn Féin had withdrawn its support for the PSNI.

The Irish and British governments were in close contact during the time Gerry Adams was in custody.

A group of loyalists reacted angrily to the release of Adams from police detention on Sunday and there were also angry scenes in Belfast’s Sandy Row as petrol bombs and stones thrown.