Home > Featured > Another step towards canonisation for Mother Kevin

Another step towards canonisation for Mother Kevin 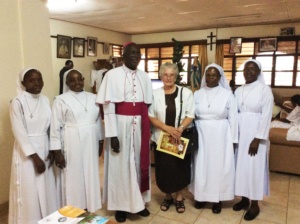 The cause for canonisation of a Co. Wicklow nun has progressed with the conclusion of the diocesan phase of investigations. On 17 November, the final work on diocesan investigations into the life, heroic virtues and intercessory powers of Mother Kevin was completed at Lugazi Cathedral in Uganda and submitted to the Vatican.

Commenting on this, Sr Miriam Duggan, Franciscan Missionary Sisters for Africa (FMSA), which Mother Kevin founded, said: “All we can do now is pray and wait.”

Sr Teresa Kearney, or Mother Kevin as she was known, was declared Servant of God by Pope Francis in 2016 – the first step in the process of canonisation.

She was born in Knockenrahan near Arklow on 27 April 1875, and spent most of her religious life in Uganda, where she is fondly remembered.

After teaching for a few years in Arklow, she emigrated to England and taught in a school in Essex run by the Sisters of Charity. With a growing conviction that God was calling her to be a nun, she applied and was accepted in 1895 by the Franciscan Sisters at St Mary’s Abbey, Mill Hill, London.

In 1898 she made her perpetual vows as Sr Mary Kevin and four years later was one of six sisters who volunteered to go to Uganda.

After a treacherous six-week journey across sea, land and Lake Victoria, they arrived and Sr Kevin started her first clinic under a mango tree near their convent.

The missionary work expanded into three missions that focused on health and education for locals. The sisters dealt with diseases such as smallpox and malaria, and with high infant and maternal mortality. 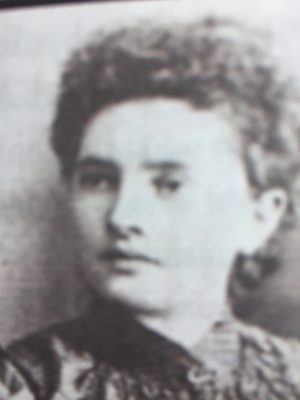 Teresa Kearney as a young woman

Education involved setting up primary and secondary education and training for nurses and teachers.

In 1923 Mother Kevin founded the Little Sisters of St Francis of Assisi (LSoSF), which currently has about 600 members.

She opened Mount Oliver Convent in Dundalk in 1935 to receive Irish postulants. In 1952, as numbers grew, she founded the Irish congregation, the Franciscan Missionary Sisters for Africa (FMSA).

These two congregations have worked closely together, and in 2003 they celebrated 100 years in Africa. As part of succession planning, FMSA handed over many schools, hospitals and leprosarium to LSoSF.

During her lifetime, one of Mother Kevin’s greatest concerns was for the advancement of women, and education was central to this. One of her pupils received the first Bachelor of Science degree in East Africa, and another became the first woman doctor.

Today Mother Kevin is remembered in Uganda for this and for her love of the vulnerable and marginalised in society, and her special concern for the care of lepers who were neglected.

From an early age, Mother Kevin felt the need to trust in Divine Providence. This was evident in her youth and in her life as a missionary and trailblazer in Africa. She was like St Francis with her love for the poor, and the people of Uganda named her ‘Mama Kevina’.

She also challenged injustice and exploitation wherever she found it. Her love for the poor and her inability to settle for half measures sometimes brought misunderstanding and hardship. She accepted each struggle with patience, understanding where the other was coming from.

When she died unexpectedly on 17 October 1957 at Brighton in Boston, her remains were brought to Ireland for burial. However, the people in Uganda had their wish granted when she was exhumed, and on 3 December she was buried at Nkokoenjeru among the people to whom she had given so much.

Not only is the spirit of Mother Kevin still evident through the works of the LSoSF  and the FMSA, but the President of Uganda, Yoweri Museveni, named her among the gold medallists during the 52nd Independence celebration of Uganda held on 9 October 2014 for “her contribution towards the development of the country”.

On 6 November 2016, at a Mass of Thanksgiving in Kampala Cathedral, Mother Kevin and two other missionaries, Fr Mapeera Lourdel and Brother Amans, were declared Servants of God.