New look Angelus a step too far for Kerry TD 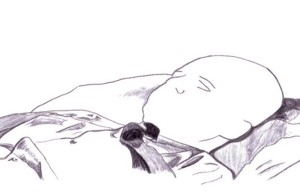 A new look Angelus designed to be “conducive to prayer or reflection for people of all faiths and none” has attracted the ire of a Kerry TD.

Deputy Michael Healy-Rae has condemned the change in the fifty-one year running minute slot which occurs each day at 12 noon and 6pm.

“The Angelus has been with us for decades and any watering down of it should not be allowed, it is a small bit of time out of peoples’ lives to reflect on things that are important and it should be retained on its present format,” the TD criticised.

This Friday the national broadcaster begins running what it has called the People’s Angelus.

This once weekly slot at 6pm on Fridays will showcase the work of aspiring filmmakers and artists in communities across Ireland.

Already eight episodes are available to view on the RTÉ player.

Each episode lasts a minute accompanied by the familiar gong of the Angelus. The first eight episodes come from Limerick school of Art and Design and range from a stylised and interesting animation of a man waking up, playing a game and ending in a high mountain range to a single shot pan around an autumn wood.

So far RTE has received 20 submissions and it is asking for more. On broadcast, the producers receive €250. (The public can email [email protected] to request a commissioning brief).

The public will be invited to vote for a favourite episode, which will receive an award and be shown again on RTÉ One. 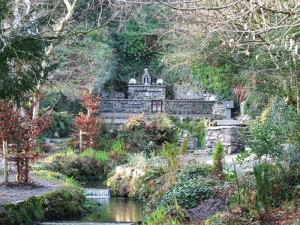 The Angelus has been broadcast on RTÉ television since 1962, but the national broadcaster says in recent years there have been a number of calls for it to be changed “in light of evolving attitudes to religious practice”.

The one minute slot is extremely popular.

“If people  get a whiff that this is going to be scrapped or changed then they suddenly get terribly exercised,” said Roger Childs, Genre head of Religious Programming RTE.

Research by Audience Insights shows that two thirds of the population wish to retain the Angelus chimes on the national broadcaster.

According to Mr Childs there is also widespread support from minority religions – Jews, the Muslim Council of Ireland, the Irish Sikh Council and non Catholic Christian denominations.

The radio Angelus will remain the same, and even with the new look People’s Angelus, there “is absolutely no reason why  someone can’t still say the Angelus at that point if they choose to. And I’m told, I get anecdotal feedback, that a surprising number still do.”

Outside the Friday ‘People’s Angelus’ the newly revamped Angelus will feature a new set of short films, commissioned from Kairos Communications following a competitive tendering process.

“The films will feature people from all walks of life; from a sand  sculptor to a carer and from a traditional bookbinder’s workshop in Athlone to a topiarist’s garden in Malahide,” says Roger Childs.

The six new featurettes will be shown in daily rotation.

“It is a difficult balancing act,” he told CatholicIreland.net. “It has to be a moment of prayer or reflection accessible to people of all faiths and none.”

There are references to Christianity in the new series but they are subtle. Episode 4 of the People’s Angelus is a close-up of a hand writing the words of the Angelus. Another Kairos produced Angelus features a Holy Well in Sligo.