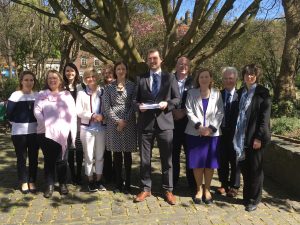 Members of the Medical Alliance for the Eighth. Pic Tony Bolger.

Over 100 doctors, nurses, obstetricians and midwives have expressed alarm over the government’s proposal to impose abortion provision on local GP surgeries.

The ‘Medical Alliance for the Eighth’ met in Dublin on Saturday and warned that the referendum on 25 May is about introducing “abortion on demand up to 12 weeks of pregnancy”.

Speaking to media, a Co. Kerry-based GP Dr Andrew O’Regan said the government was pushing abortion provision on local GP surgeries even though it had nothing to do with healthcare.

Those who attended the conference organised by the Medical Alliance for the Eighth also expressed concern over the Minister for Health’s lack of consultation with GPs on this matter and they highlighted that most doctors heard about the proposal through the media.

“As GPs and other healthcare workers, we feel that the public are entitled to know that the government’s proposal has nothing to do with healthcare, and everything to do with introducing abortion on demand into Ireland,” Dr O’Regan said.

Asked about the Taoiseach Leo Varadkar’s comment to media on Saturday that he would be voting Yes because “I trust women and I trust doctors”, Dr O’Regan responded, “This is not about trust; it is politicians using trust and compassion as a means for bringing in unrestricted abortion on demand.”

“We believe no woman should be faced with the stark choice of abortion or an unsupported pregnancy. We believe in real compassion and real compassion means supporting and helping a woman through pregnancy with proper counselling, proper perinatal hospice care, proper supports and services that they deserve. We think the public needs to know the truth.”

Asked about the hard cases such as a couple whose child is diagnosed with a foetal abnormality, Dr O’Regan said “There are a lot of really hard cases but what this is about is unrestricted abortion on demand – it is taking an enormous sledgehammer to something that would need precision and careful guidelines.”

He added, “To prescribe a pill to intentionally end the life of a foetus of 12 weeks that has developed arms and legs, has facial features, hairs on its head and can move around the womb – we cannot accept that or call it medicine or healthcare.

“What needs to be done now is for the public to be informed about the reality of repeal and to vote No.” 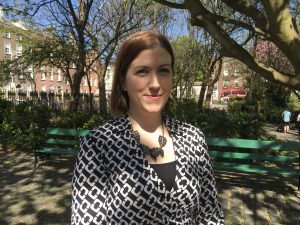 Consultant Liaison Psychiatrist at Galway University Hospital Dr Anne Doherty told Catholicireland.net she was particularly interested to hear from consultant obstetricians at the conference who spoke about the quality of maternal healthcare in Ireland.

“It was very useful to hear that actually the Eighth Amendment does not appear to have impinged on the ability of Irish doctors to provide good healthcare to women in Ireland,” she said.

Asked if consultation at this stage would make any difference, Dr Doherty responded, “I think people might feel a little bit less alienated from the process if there was consultation. However, the referendum as it currently stands is about abortion up to 12 weeks. Abortion of a healthy baby and on a healthy mum isn’t good medical practice – it is not medical care and it is not what any of us went into medicine to do. So a lot of our colleagues are still going to be very wary about the proposal.”

Dr Doherty explained to CatholicIreland.net that in her own talk to the conference she had addressed the issue of abortion in terms of women’s mental health.

“However, there is significant proof of substantial harm although this is debated with different papers showing different things. There are three main papers in the area: three systematic reviews, one of which said no harm and the other two say there is harm. On balance we need to assume that this is a procedure that brings significant harm and doesn’t have any benefit. Certainly it is very difficult to promote from a mental health point of view.” 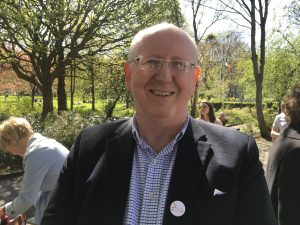 In his talk to the conference, award-winning consultant obstetrician and gynaecologist Trevor Hayes said the current debate over the Eighth Amendment has become a debate over maternal healthcare.

“I and my team work hard to ensure the best possible outcome no matter how complicated the circumstances. Despite funding shortages and cutbacks in services, we deliver world-class maternal healthcare in this country.”

But he highlighted that these days, “every time I open a paper or turn on the radio I hear politicians saying that Ireland is not a safe place for women and that women’s lives are at risk due to our Constitution”.

While some doctors have argued in the media that the introduction of abortion is necessary to allow them to protect women and save lives, according to Mr Hayes, “This is not correct.”

He said that “As an obstetrician, currently I am not prevented from protecting women and saving lives. The suggestion that Irish hospitals are unsafe because of our laws is ridiculous and completely untrue.”

He fully agreed with Dr Mary Holohan from the Rotunda Hospital that statements claiming obstetricians cannot care for pregnant women who are seriously ill are causing unnecessary fears.

“The Medical Council guidelines allow me to act to save a women in my care, even if that means the baby’s life may be lost,” he underlined.

He also warned that “Despite the safety of Irish law, there has been a continuing and shameful exploitation of certain tragic cases to push an agenda calling for wide-ranging abortion. If there was a need to change the law to protect Irish women, my patients, I would be the first seeking change. There is no need to change the Constitution to improve our maternity services, what we need is investment in services, not political rhetoric.”

Mr Hayes warned that changing the law would open up abortion for certain disabilities.

“In my view it would be a tragedy to see our law changed to allow the destruction of a child because it has a disability. In Britain, 90 per cent of children with Down Syndrome are aborted. The Irish government is planning to go further by introducing abortion without restriction up to three months. I predict that we will see increasing numbers of children with Down Syndrome aborted if the Eighth Amendment is repealed.” 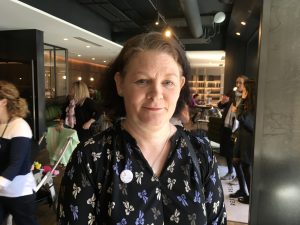 Dr Deirdre Gleeson, an Occupational Health Physician and GP, who is Secretary of the group ‘Doctors for Life’, explained that the group was founded in 1992.

It is “a group of medical practitioners that believe that medicine is a service to human life at all stages from conception to natural death,” Dr Gleeson said.

She explained that many doctors and healthcare workers are concerned about the issue of conscientious objection.

“Doctors are very worried that they will find it very difficult not to participate in abortion. We hope there will be a provision for conscientious objection but our fear is that it will be watered down and undermined.

“The legislation so far only protects doctors and nurses. There is no provision in place for people like porters, cleaners, board attendants who may be directly involved as well.”

The cost of standing by one’s pro life convictions was highlighted at the conference by Glasgow midwife Mary Doogan, who lost her case in the UK over her refusal to supervise abortions.

“That is a real fear for us, that our voices won’t be heard,” Dr Gleeson said.

“Fundamentally we don’t believe that abortion is good for women and it is certainly bad for the baby. It hurts women and isn’t in the woman’s best interests. A woman in a crisis pregnancy needs support, she needs time, she needs to sort out the crisis. Providing her with an abortion long term won’t help her – it might solve a short-term problem but in the long term it will give her a lot more concerns and increase her risk of mental health illness.”