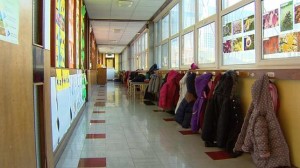 Both the Catholic Primary School Management Association (CPSMA) and the Church of Ireland Board of Education have welcomed the allocation of an additional €70 million to primary schools for improvements.

In a statement, Fr Tom Deenihan, General Secretary of the CPSMA, said the withdrawal of the grant had been a major issue for schools throughout the country over the past number of years.

He said in many cases it had resulted in parish communities subventing and, in some cases, financing necessary repairs to and extensions of Catholic primary schools from the Sunday collection in the local parish.

The CPSMA represents all the boards of management of the over 2,900 Catholic primary schools in the Republic of Ireland.

Along with a number of other parties, the organisation campaigned for the reintroduction of the grant in its pre-budget submission.

Welcoming Minister Quinn’s announcement, Fr Deenihan said it was the CPSMA’s hope that the grant would remain for future years.

“Minister Quinn’s announcement will bring relief to the thousands of board members of Catholic primary schools who give of their time voluntarily in managing primary schools,” the CPSMA spokesman said.

He said it was a fact that board members struggled to manage budgets to ensure that the school functioned in a suitable building.

“This grant will allow schools to complete necessary repairs and larger projects. The restoration of the grant will also provide much needed business to local contractors and will, therefore, have a multiplier effect in local economies.”

He explained that many Church of Ireland primary schools had found the reduction in income when the grant was stopped a particular challenge.

“The inability to carry out minor maintenance works has also caused frustration among school boards of management.”

He continued, “Minister Quinn’s allocation of additional funding, both through the Minor Works Scheme and the Summer Works Scheme, will ease anxiety in schools across the country.”

Welcoming the decision, the Archbishop said it “displays to me that Minister Quinn has been listening to the concerns expressed by schools, parents and the education partners on the issue of funding.”

Taken in conjunction with the Minister’s protection of the pupil-teacher ratio in Budget 2014, it is a further affirmation by Minister Quinn of the important role primary schools hold in our society, Archbishop Jackson said.