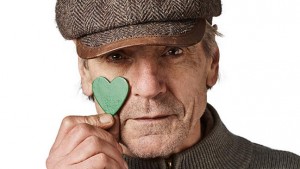 Acclaimed actor Jeremy Irons has come out in support of the Church’s stance on abortion suggesting that it represents a “tremendous mental attack on women”.

Interviewed by the Guardian newspaper, the Cork-based actor, who is married to Irish actress Sorcha Cusack, said the Church is right to say abortion is a sin.

He told the Guardian, “I believe women should be allowed to make the decision, but I also think the church is right to say it’s a sin. Because sin is actions that harm us.”

“Lying harms us. Abortion harms a woman – it’s a tremendous mental attack, and physical, sometimes. But we seem to get that muddled.”

“In a way, thank God the Catholic church does say we won’t allow it, because otherwise nobody’s saying that it’s a sin.”

Elsewhere in the same interview he stated, “Our society is based on a Christian structure. If you take those religious tenets away, then anything goes and it will become terrible – and you usually get into trouble.”

“Marriage does give us a strength, because it’s quite hard to get out of, and so it makes us fight more to keep it together”.

“If divorce becomes dead easy – which it sort of has – then we don’t have that backup. Because, for everybody, relationships are hard.”

The Academy Award-winning actor famously starred in director Roland Joffe’s historical epic ‘The Mission’ as Gabriel, an 18th-century Jesuit priest sent to the jungles of Brazil to build a Guarani Indian mission.