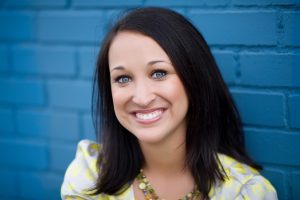 A 30-year-old survivor of abortion has appealed to the people of Ireland not to repeal the Eighth Amendment.

Claire Culwell from Austin, Texas was in Ireland last week and addressed a number of rallies organised by the LoveBoth campaign.

Speaking to CatholicIreland.net, the young mother explained that she wanted to share her story “not only for the child but also for my birth mother who deeply regrets her abortion”.

In 2009, she met her birth mother for the first time and learned that she had survived the abortion that took the life of her twin brother.

“My birth mother was 13 years old at the time she became pregnant with me. Her mother took her to an abortion clinic where she had a surgical abortion.”

A few weeks later, she knew something was not right and Claire’s birth grandmother took her back to the abortion clinic where she learned that she had been pregnant with twins. “One had been aborted and one had survived.”

Staff at the abortion clinic told her it was too late to carry out a second abortion. Claire was born two weeks later, two and a half months’ early.

At birth, Claire weighed just 3 lbs 2 oz. She was placed on life support.

The effects of the abortion which resulted in her twin’s death dislocated her hips and caused her feet to turn inwards.

“For the first two years of my life I had a full body cast and casts on my feet to correct what the abortion had done to my body. Over the first 18 years of life I checked in annually at the Texas Children’s Cripple Hospital. Still today I have chronic pain and complications from the abortion, though I still can do everything that the doctors tried to prevent me from doing through abortion. I am very grateful to be here and to be alive and to share my story.”

Shortly after birth, she was adopted by a loving family.

Claire now tells her story around the world in order to speak up for babies in the womb who are at the same risk of abortion that she herself faced. “My life is a testimony that there are wonderful alternatives to abortion (such as adoption in my case) and an accident/unwanted child still deserves life even a child with disabilities.”

She warned that if Ireland liberalises its abortion laws, it is looking at the possibility of one in three women having an abortion in their lifetime.

“Since we in the United States have legalised abortion, we have seen that 1 in 3 women have had or will have an abortion in their lifetime. In the US, we can get abortions up to 20 weeks in many states and in some states, it is even further along. So, if you legalise abortion you are looking at not just up to 12 weeks – eventually it will become 20 weeks and then 24 weeks and 28 weeks…”

She said she wanted to put a face on the babies – like herself – that won’t be around if abortion is legalised in Ireland.

“If they had to look at science and medical technology and hear stories of how abortion actually affects women and the babies, they would have to realise that they are promoting ending a life.”

“A lot of the time, pro-choice people argue that women deserve to make a choice for their own bodies and for their own lives – that is the only argument that they actually have – that of convenience. I do find that alarming and disappointing.”

She told Catholicireland.net that only 1% of abortions in the United States are those deemed to be ‘hard cases’.

“To legalise abortion because of this 1% of hard cases doesn’t make sense to me. That would mean that we would be legalising 99% of abortions for convenience. That really puts it into perspective for me – we would be aborting healthy inconvenient unwanted children. I have come here because I just want to be able to put a face on what people are fighting for.”