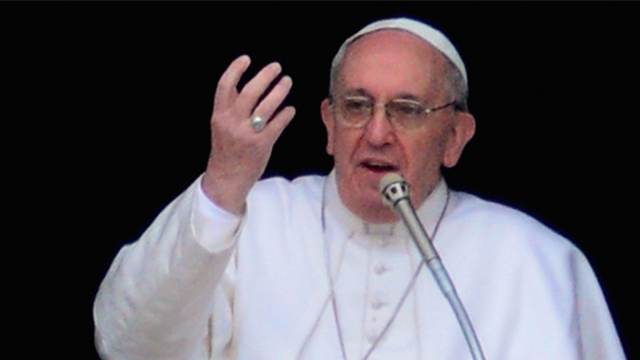 The Holy Father spoke of the conscience as the interior space in which we can listen to and hear the truth, the good, the voice of God. 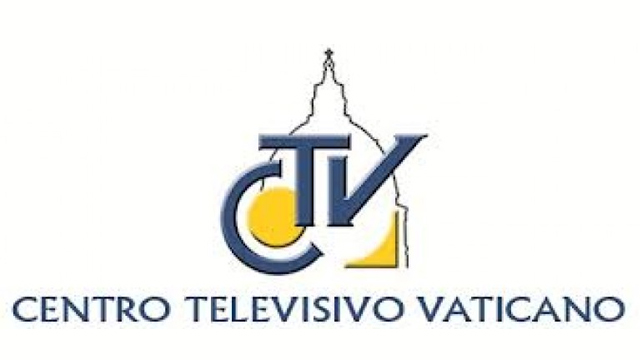 Vatican Television is in the process of completely digitizing its television signals and building a new Master Control Room.

“Your presence is the sign of the profound bond that unites the Church of Constantinople with the Church of Rome in faith, in hope, and in charity,” Pope Francis said this morning on receiving the delegation of the Ecumenical Patriarch, which had arrived in Rome to celebrate the Solemnity of Sts Peter and Paul. The

WASHINGTON—Archbishop José H. Gomez of Los Angeles, chairman of the U.S. Conference of Catholic Bishops (USCCB) Committee on Migration, commended, June 28, the U.S. Senate for passage of comprehensive immigration reform legislation. The U.S. Senate passed S. 744, the Border Security, Economic Competitiveness, and Immigration Modernization Act of 2013, by a vote of 68-32. He 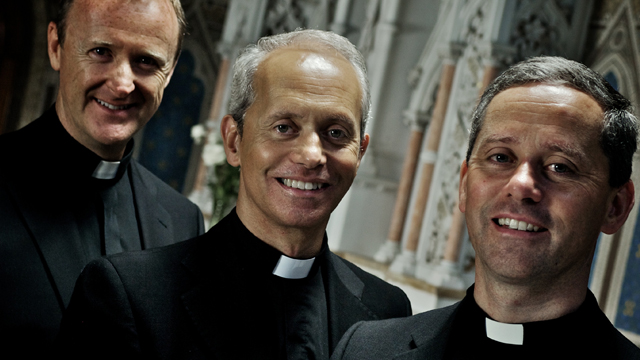 Parishishioners are with me on journey says singing priest

A member of the singing sensation, The Priests, says that the people of his two parishes are “very much part of the journey” and when he sings, he brings them with him. 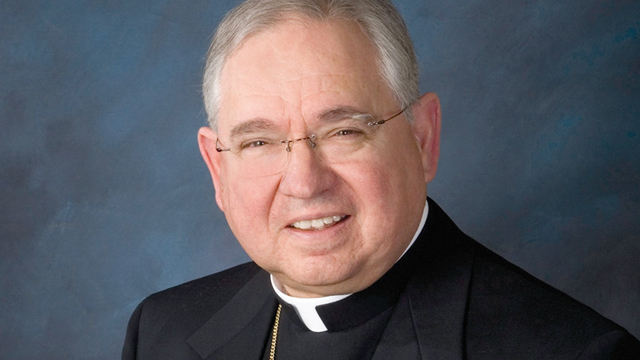 Archbishop Gomez stated that while the USCCB Committee on Migration disagrees with elements of the bill, they see the legislation as an overall improvement upon the status quo. 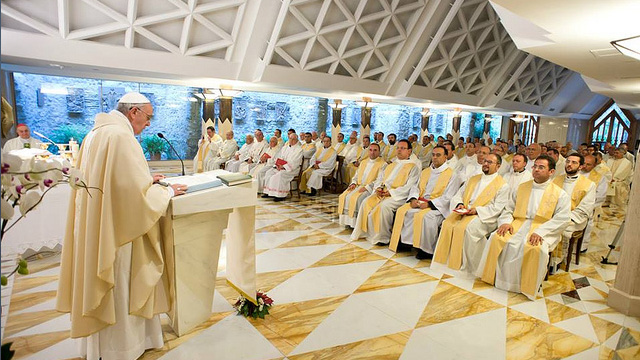 The Lord asks us to be patient, after all He is always patient with us. Moreover there is no “set protocol” for how God intervenes in our lives; sometimes it’s immediate, sometimes we just have to have a little patience. This was the lesson drawn by Pope Francis from the daily readings at Mass Friday 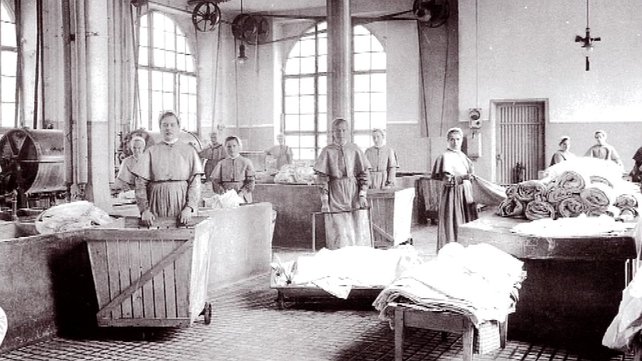 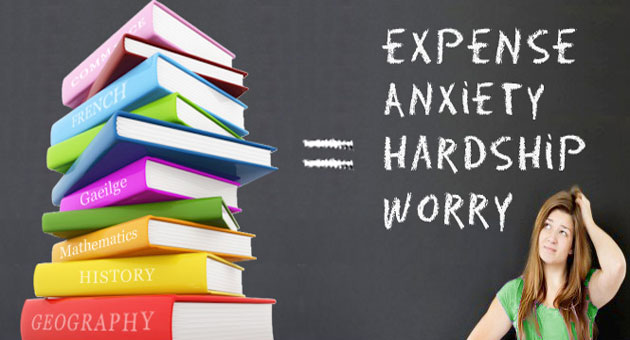 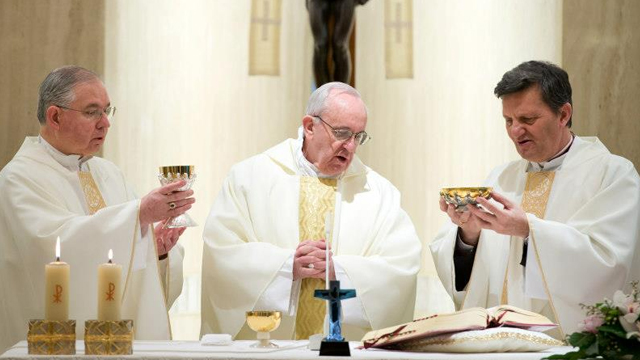 The desire to be a father is ingrained in all men, even priests, who are called to give life, care, protection to their spiritual children entrusted to them. This was the focus of Pope Francis homily at morning Mass Wednesday, in the chapel of Casa Santa Marta. Mass was concelebrated by the Cardinal Archbishop Emeritus

The Vatican’s Congregation for Eastern Churches is mourning the brutal murder of Fr Franҫois Mourad, a Syrian monk. In a statement issued Tuesday the Prefect Cardinal Leonardo Sandri, expresses “the deepest condolences to the Syro-Catholic Church, with the Patriarch SB Ignace Youssef III Younan, the Custody of the Holy Land and all the faithful of

Being Christian is a response to the voice of love, to a call to become children of God. This was the central theme of Pope Francis’ remarks at Mass on Tuesday morning in the chapel of the Domus Sanctae Marthae residence in the Vatican. The Holy Father also spoke of the Christian certainty that God

Pope Francis says due to “our common roots” with the Jewish people, “a Christian cannot be anti-Semitic!” The Pope was speaking to a 30 strong delegation from the International Jewish Committee on Interreligious Consultations (IJCIC) who gathered in the Apostolic Palace’s Hall of the Popes for a private audience Monday. The IJCIC is committed to

The church exists for courageously proclaiming -until martyrdom- Christ, to serve and “take nothing for herself”. In his homily at morning Mass on Monday, Pope Francis pointed to St. John the Baptist as model for Church: he didn’t claim the Truth, the Word as his own; he diminished himself so Christ could shine. June 24th

On a hot sunny day in Rome, Pope Francis greeted thousands of pilgrims and tourists from the window of the Papal apartments above St Peter’s Square who had come to hear the recitation of the Sunday Angelus. Reflecting on Sunday’s Gospel the Pope recalled some of the most incisive words that Jesus spoke, “”Whoever would

This morning, Pope Francis celebrated mass at the Domus Sanctae Marthae. About 40 apostolic nuncios, who remained in the Vatican after the Pope’s meeting with them on Friday, were present. Commenting on the Sunday Gospel from Luke, in which Jesus asks the Apostles, “But who do you say that I am?”, the Pope underlined that

Pope Francis greeted a group of pilgrims from the Diocese of Brescia, who had just celebrated Mass in St. Peter’s Basilica to mark the 50th anniversary of the election of Pope Paul VI, who was from the area. In his address, Pope Francis spoke of his predecessor’s love for Christ, love for the Church, and

The riches and the cares of the world “choke the Word of God,” said Pope Francis at Mass this morning at the Casa Santa Marta. The Pope pointed out that our life is set on three pillars: election, covenant, and promise, adding that we must trust the Father in living in the present without worrying

The US Catholic bishops’ Fortnight for Freedom initiative promoting awareness of religious liberty and the challenges to it, begins today, Friday, June 21st, on the eve of the feast of St. Thomas More and St John Fisher: models of public service and Church leadership, who were martyred for the faith. Archbishop William Lori of Baltimore,

Read more
1 2 3 4
Online Shop
Be Still and Know..God is Here Booklet
God Is Here Meditation Prayer Ritual Booklet can be used as an addition to the CD.…
€10.00