St Margaret was vowed to God even before she was born. She was a daughter of the king of Hungary,  The extravagance of the penances she undertook as a Dominican sister may have shortened her life. 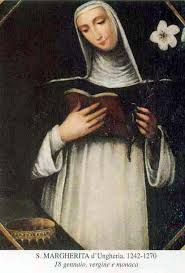 Margaret was born to King Bela IV of Hungary and his wife Mary Lascaris at a time when the Tatars were invading Hungary. The king offered to dedicate their child to the Church if Hungary was freed from the Tatars. It was, and so Margaret was brought to the Dominican convent at Vesprem at the age of three.

Somewhat later, Bela and his queen built a convent for their daughter on an island in the Danube near Buda, and there, when she was twelve years old, she made her profession.

Refuses marriage
When Margaret was 18, Ottokar, King of Bohemia, sought her hand in marriage, even after he had seen her in her religious dress. A dispensation could easily have been arranged, and Bela was inclined to favour it for political reasons. But Margaret declared that she would cut off her nose and lips rather than consent to leave the cloister. In fact, when she became aware of a tendency to treat her with special consideration, she deliberately sought to perform the services that were most menial and repulsive, and with an extraordinary tenderness and charity. Probably she was allowed her own way in this where a stronger superior might have prevented excesses. 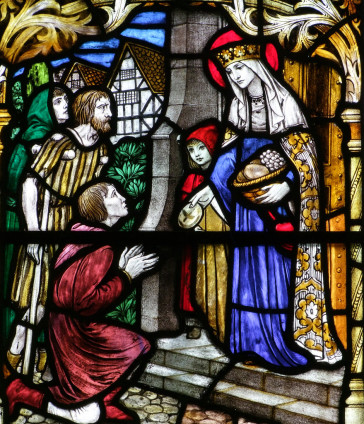 Excesses and miracles
In the process for her beatification begun soon after death, many of her contemporaries told of these excesses and of miracles in which Margaret was involved. The sacristan told how Margaret would stroke her hand and coax her to leave the door of the choir open after Compline so that she might spend the night before the Blessed Sacrament when she ought to have been sleeping.

One of the convent maids fell into a well and was on the point of drowning but was saved by Margaret’s prayers. Asked what she thought of Margaret, she said, “She was good, holy and edifying in her conduct, a lot more humble than we serving-maids”. Intense too were Margaret’s prayer life and penance. She spent every Friday in tears, contemplating the suffering of Jesus.  She worked much for the relief of the poor and sick.

Extravagance of holiness shortened her life 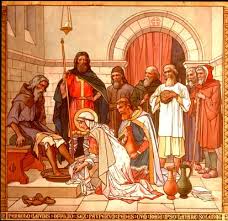 No doubt Margaret shortened her life by her austerities. At the end of every Lent she would be exhausted by fasting and lack of sleep. On Holy Thursday she claimed  the right as the daughter of the convent’s founders to wash the feet not only of the sisters but also the servants. Worn out by her efforts, she died on 18 January 1270 aged only twenty-eight.

Her cause began soon after and there is much contemporary evidence of her life, but she was not canonised till 1943 (by Pope Pius XII).