Summary: St Ignatius of Loyola, Priest, Religious. Born at Loyola (Spain) in 1491; died on this day at Rome in 1556. A Spanish nobleman trained in diplomacy and the use of arms, wounded in battle against the French. The experience of conversion while convalescing led him to write the Spiritual Exercises. Then founded the Society of Jesus (Jesuits) and became its first superior general. Noted for his loyalty to the Church and its renewal, his ministry to the marginal, his concern for education, and his dedication “to the greater glory of God, ” the motto of the Jesuits. 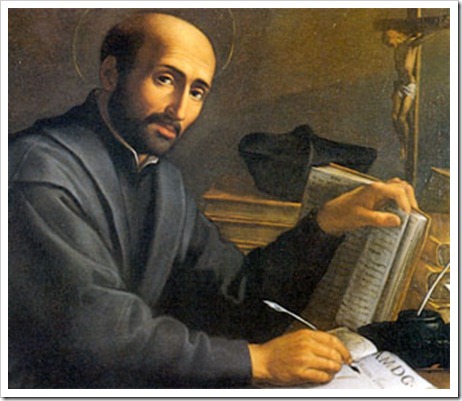 Most people know that St Ignatius Loyola founded the Jesuits. That was not a simple matter. He got it right only on the third attempt. Paul Andrews S. J explains that success was what Ignatius did with his failures.

Convalescence conversion
You may remember that Ignatius started life as a soldier. After a cannonball broke his leg and disabled him, he became a poor pilgrim intent on finding God in all things. In three different cities, other good men gathered round him, wanting to join his search: in Barcelona, in Alcalá and in Paris.

Inquisition
Ignatius was a mystic who believed passionately in personal prayer, in finding God wherever you are. At the time of the Reformation, any new religious order emphasis aroused ecclesiastical suspicions, and on eight different occasions Ignatius was accused of heresy. When that happened in Spain, the smell of faggots was in the air. The Inquisition, God forgive them, burned heretics. Ignatius was imprisoned on several occasions. The accusation of heresy carried the sort of public disgrace that is associated today with the accusation of child abuse. So it lent itself to the same sort of witch-hunts as we have today.

Studies in Paris
It is small wonder that the pious men who had hoped to find God in Ignatius’ company were dismayed by what happened. They were seeking a quiet life, not the walls of a prison. The first three companions, Catalans from Barcelona, faded away when the heat came on.

Ignatius’ next set of companions, who joined him in Alcalá and Salamanca, also took fright and left him when he fell into public disgrace. When Ignatius eventually left the land of the Inquisition and pursued his studies in Paris, he was slow to accept anyone as a companion, though good men gathered round him, Francis Xavier, Peter Faber and others.

The difference between Ignatius and his earlier companions was that they were surprised by accusation, disgrace and prison. Ignatius was not. Again and again in the Spiritual Exercises he returns to the theme: the uniform of Jesus’ followers is like that of Jesus himself: poverty, humility, false accusations, maybe prison and death. You don’t look for them, but if they hit you, don’t think it is the end of the world. You meet insults and hardship with as much love and patience as you can muster. You show your mettle not in the good times but in the bad.

So Ignatius put his third set of companions, Xavier, Faber and the rest, through a testing time before he would think of organising them into a company – the Compañía – which became the Society of Jesus. In the Spiritual Exercises they tried to put themselves in the person of Christ when he was resisted, abused, accused falsely and finally tortured and killed. Ignatius wanted them to be unsurprisable in face of hardship, and to recognise there the ‘livery’ of Jesus.

Fighting for justice
This does not mean that Ignatius lay down under accusations. He fought them tooth and nail. Like sickness, poverty, pain, they are an evil, to be remedied with every means at our disposal. God gave us a mission to possess this world and make it our own, and that means mastering the evils of this world. The work of researchers, of those who work for public health, justice and prosperity, is all part of that mission.

In face of false accusations Ignatius fought tooth and nail. He brought his accusers to court and confronted them. He asked the authorities to scrutinise his life and his teachings, both written and spoken. When they were satisfied, Ignatius demanded that they put their verdict in writing. He did not want anything to stand in the way of his preaching the Gospel, and a reputation for heresy would have hampered him badly.

Miscarriage of justice
Let me update the scene with a more modern story. In the 1930s a pupil in a Jesuit boarding school accused a young priest (we’ll call him Peter) of sexually abusing him. The boy’s father, a local doctor, took the matter up with the school. It was passed from the Rector to the Provincial, a nervous and impulsive man, who promptly summoned Peter and without due process dismissed him from the Jesuits. Peter flatly denied the charges.

His Jesuit friends, appalled at the high-handed injustice of the affair, appealed to a US Jesuit province to help. A Jesuit bishop in Alaska interviewed Peter, believed him, and took him (as a diocesan priest) on to the Alaska mission. Years later the boy who started the witch-hunt came forward to say that his story was pure fiction, grounded only in his sense of grievance; Peter had never done anything to him. 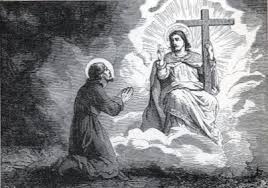 There is a happy sort of ending. Peter’s qualities were so remarkable that he was appointed bishop of Alaska, no longer a Jesuit, but a pupil of Ignatius in two respects: don’t be surprised if a follower of Jesus suffers disgrace but fights injustice tooth and nail. Do not let witch-hunts win.