Summary: St Jerome, Priest, Doctor of the Church. died on this day in 420. Began work on a new Latin translation of the Bible, known as the Vulgate. Settled in Bethlehem where he founded monasteries, he devoted himself to studying the Scriptures, writing, and teaching, and famous for his incomparable service to the word of God. 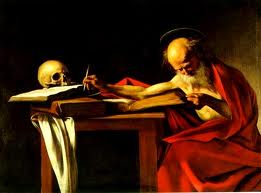 aint Jerome probably the most controversial of the Latin Doctors of the Church, He became secretary to Pope Damasus who asked him to provide a standard translation of the Bible. His work, the Latin Vulgate, has been that till our own day. Jerome’s friendship with three devout women aroused suspicions and he had to leave Rome. The women accompanied him to Bethlehem where he opened a monastery and they lived in a convent nearby.

St Jerome is a great favourite of artists and saintly people. He is one of the four Latin Doctors of the Church, along with Ambrose, Augustine and Gregory the Great.  Translator of a definitive edition of the Bible, Jerome deserves our attention because of the importance of this great work in the western church.

Let us consider Jerome as seeker in the Syrian Desert, debater at the Council of Constantinople, a secretary to the Pope and a mature monk at Bethlehem.

Early life
Jerome was baptised as an adult (aged 18) after his studies in Rome, but it was only when living in Gaul that he recognised his call to a more dedicated Christian life. From the middle east the monsticism of St Pachomius was carried by exiles to the west. Jerome and a friend decided to make a break with the world by renouncing secular ambition and entering a life of detachment and contemplation. The zealous young man convinced his wayward sister to do the same, but her commitment to Christian asceticism seems to have alienated him from his family. 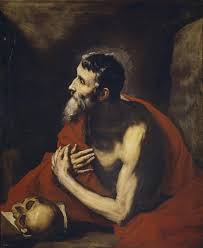 Syrian desert
It was mid-Lent 374 AD, when he was twenty-eight years of age, that Jerome decided to go to the Syrian desert to learn the committed life.  He lived with a colony of hermits who were austere in their lives and eccentric in their devotions.  Squalid and clad in hair garments, the hermits would meet together on Saturdays and Sundays for worship.  They lived on raw herbs and water, and loaded their bodies with heavy chains.  During the same period Simon Stylites, the saint who demonstrated his holiness by living atop a pillar for many years, was a most famous contemporary.

Through contemplation they made every effort to live continually in the presence of God.  Jerome tilled a small plot of land, wove mats and baskets, and slept on the bare earth.

Jerome continued to study, write and hold conversations. He studied Greek as it was the educated language, and Syriac as it was the language of the monks. He was one of the first Latin Christians to begin the study of Hebrew.

Jerome could also be decidedly self-willed, sharp-tongued and irascible with the rustic hermits, but it was their resentment towards him that disillusioned him. He notes that these monks in their ignorance attempted to ‘pass sentence on bishops and set aside the decisions of councils’. 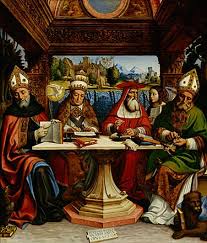 Jerome growing in wisdom and influence

The Council of Constantinople affirmed the Trinitarian unity and added that the Holy Three were distinct persons. At this council, Constantinople was declared the Second Rome!

Jerome had the opportunity to accompany a Greek-speaking bishop to Rome as his translator. It was a return to the city of his education, baptism and early manhood. From the moment of his arrival in Rome, Jerome’s ability, scholarship and strong personality made an immediate impression. He was invited to play a role in Roman church affairs.

Papal secretary
The elderly Pope Damasus asked Jerome to be his secretary. Damasus was a dynamic and assertive Pope who accepted his public role as the head of the Christian Church. He fostered the cult of the early Roman martyrs, restoration of the catacombs and construction of new churches. A cultured Pope he organised the papal archives and ‘found the younger man useful, with his knowledge of languages, his familiarity with eastern church affairs, and his flair for writing.’ 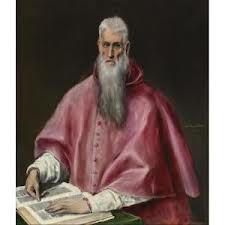 It was at Rome that Jerome first began the translation of the Bible from Greek and Hebrew into Latin. Pope Damasus, horrified by various versions of the Bible, appealed to him in 383 A.D. to provide a standard translation. It was a monumental undertaking, which resulted in an edition which lasted over eleven hundred years. The Vulgate, as it was called, would meet the needs of Christian society and became one of the most influential books in western society.

Happy and respected in his role as translator and mouthpiece of the Pope, Jerome was considered as a candidate for the papacy. But now complexity entered into his life. Marcella, Paula, and Eustochium were wealthy Roman Christians who sought out persons who could offer spiritual direction and religious knowledge.

Marcella was a beautiful and wealthy widow who was strong-minded and realistic. Spurning offers of a second marriage, she consecrated herself to a life of chastity, simplicity and Bible reading. To Marcella’s home came a thirty-five-year old widow named Paula. She became a close friend of Marcella and then turned her home into a similar spiritual centre.  Paula’s daughter, Eustochium, was directed by Marcella in a life of prayer and asceticism.

Jerome taught scripture at the homes of Marcella and Paula, and he delighted in the friendship of Paula. The attractive widow was so modest, however, that she never ate a meal with a man, not even a bishop.

Inquiry into rumours
The fact that Paula, the source of Jerome’s financial solvency, intended to join him in Bethlehem provided grist for the rumour mills. Jerome was investigated by a commission which found him entirely innocent of any wrongdoing, but asked him to depart from Rome immediately. Jerome felt most injured by the aspersions cast on the good character of Paula who had heroically committed herself to the service of God. Despite the upset, an impressive crowd of well-wishers came to the port of Rome in 384 AD to see the departure of Jerome, his brother and their companions for the east. 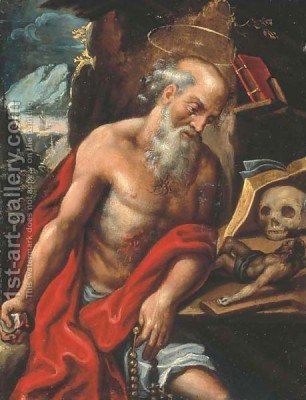 Jerome opened a monastery in Bethlehem and, at the same time, Paula and Eustochium opened a convent nearby. By 390 AD Jerome began his labour on the Jewish Bible – ‘with my eyes open I thrust my hand into the flame’. He made corrections to the text and provided an unpolished edition with strong Hebrew colouring in ‘Christian Latin.’

When Jerome’s sight began to fail, Paula and Eustochium read the psalms to him in Hebrew. Paula died in 404 A.D. in her fifty-seventh year and was buried in Bethlehem at the Church of the Nativity. Jerome was dazed for some months by her loss and fell sick with a raging fever. To Eustochium he eulogised Paula’s humility, charity and acceptance of suffering. She came into a world of wealth and for her apostolic endeavour left behind crippling debts.

For fifteen years after Paula’s death Eustochium continued to help Jerome and read Hebrew to him until she too died and was buried next to her mother.

After a long illness, Jerome succumbed to death in 420 A.D., at seventy-four years of age and was buried next to his dear friends Paula and Eustochium.

Conclusion
By compiling the Vulgate Bible, Jerome rendered an incalculable service to western Christendom. He also contributed greatly to the establishment of monasticism in Europe. He revealed his passionate nature in his pursuit of scholarship, in his dedication to his monastic commitment, and in his great love for the women who supported the major project of his life.

We might also say that Jerome’s brilliance and strong character disciplined his powerful passions. He schooled himself so that his good works might shine as a beacon within the Christian community. His writings provided Christians with inspiration for over a thousand years.

This article first appeared in The Messenger (September 1999), a publication of the Irish Jesuits. c/f www.messenger.ie/bookshop/