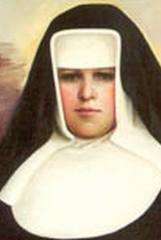 This Czech-born Franciscan Sister of Christian Charity became a skilled theatre sister in a Vienna hospital and well known for her strength of will (called “Sister Resoluta”) and her sense of fun. During World War II, after she refused to take down crucifixes in her hospital wards, she was decapitated by order of Hitler’s secretary Martin Bormann.

Of working-class parents
Born Helene Kafka in Brno, Moravia, Czech Republic, under the Austro-Hungarian empire, her father was a shoe-maker. When she was two, her parents went to Vienna, where Helene attended school until at fifteen she went into domestic service.

Joins the Franciscan Sisters of Christian Charity
After school, Helene wanted to join a German nursing order called the Franciscan Sisters of Christian Charity (Hartmann Sisters), but her parents were too poor to provide a dowry. She was employed as a salesgirl and later as a nurse. A bequest from the diocese provided the dowry for her to join the Sisters in 1914. She took the name Restituta, after the Roman maiden Restituta of Sora, beheaded with her companions at Sora in Campania under the emperor Aurelian.

A skilled theatre sister
A novice at the outbreak of World War I, she worked at a hospital where casualties poured in and she became a highly skilled theatre sister who became known for her strength of will (called “Sister Resoluta”), her sense of fun as well as for her care of the sick and the poor. She was well known for her customary glass of beer in the evening, enjoyed with a steaming bowl of goulash after a long day in the hospital. 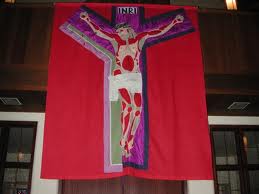 Refused to take down crucifixes in the hospital wards
During World War II she worked with a fanatical Nazi doctor, who turned a blind eye to her praying with the dying, but when she refused to take down the crucifixes in the hospital wards, he could no longer ignore her and called in the Gestapo. While in prison she cared for the other prisoners, as even communist prisoners later attested. Martin Bornman, Hitler’s secretary, decided to make an example of her and sentenced her to be guillotined, deeming her execution necessary for effective intimidation. Her body was thrown into a mass grave and never recovered.