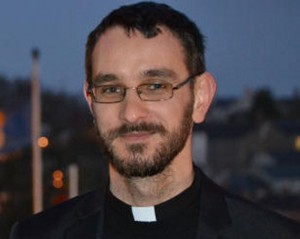 A seminarian from the Neocatechumenal Way will be ordained today to the diaconate by Cardinal Séan Brady.

Maciej, who comes from Wygoda in Poland, is the first seminarian to be ordained from the Redemptoris Mater House of Formation, a new institution of the Archdiocese of Armagh, located in Dundalk.

The seminary is one of 100 seminaries all over the world of the Neocatechumenal Way, with an estimated 3,000 seminarians.

The Redemptoris Mater House of Formation was founded in 2012 by Cardinal Brady to form priests for the New Evangelisation who are both diocesan and missionary.

Currently there are ten seminarians in the Redemptoris Mater house. Claudio Bandini, the lead catechist for Ireland of the Neocatechumenal Way, explained to CatholicIreland.net that when a new seminary is set up, rectors of some of the other seminaries send seminarians to help establish the formation house.

“They send their best because these men will act as guides and spiritual fathers to the others. They are offered so the seminary can start off well,” he said.

The seminarians live in Dundalk with Fr Giuseppe Pollio and Fr Neil Xavier O’Donoghue, who are responsible for their formation according to the spirituality of the Way.

The students do their studies in philosophy and theology in Maynooth. The seminary includes nationals from Poland, the UK, Spain, Italy, the US and Ecuador. There is one Irish student, James Norney (20) from Belfast.

Maciej Zacharek started his formation to the priesthood in the Redemptoris Mater Seminary in Washington DC, but was one of those asked by Cardinal Wuerl of Washington to come to Ireland to help start the new formation house in Dundalk.

He recently completed a theology degree at Maynooth and is now beginning his doctoral studies. Two more students are due for ordination to the diaconate next year.

Members of Maciej’s family will be present at the ceremony in St Patrick’s Cathedral, as well as a large contingent from the Neocatechumenal Way.

“It is a great joy for all of us,” Mr Bandini said. He emphasised that while priests of the Way will be incardinated into the Archdiocese of Armagh and serve in the parishes of the Archdiocese, they will also be available, at the discretion of the Archbishop of Armagh, to serve as missionaries, both in other parts of Ireland and internationally, thus allowing the Archdiocese to have a new missionary thrust in response to the Pope’s call for  a new evangelisation.

“Their calling is to be formed for the new evangelisation. It is very in tune with what the Pope has been saying – inviting the Church to enter the situations of people in a deep way,” Mr Bandini said.

The Neocatechumenal Way was founded in 1964 in Spain by Francisco “Kiko” Argüello and Carmen Hernández.

Kiko, a young painter became disillusioned with success and lost his faith.

“If you exist, help me.” he prayed.  And so began a new journey of life.  Leaving everything he went to live in a slum of Madrid, bringing only a crucifix, a guitar and a Bible.

He offered his poor neighbours catechesis, celebrated the Word of God with them, and then joined them for the Eucharist in small groups.

After a while he met Carmen Hernandez, a lay nun who had been living a similar life. Drawing their inspiration from the practices of the early Christians, together they devised a journey of post-baptismal Catholic formation. Word, liturgy and community are the three pillars of what they called the ‘Way’.

Pope John Paul II defined the Way as “an itinerary of Catholic formation, valid for our society and for our times.”

Since 1964 it has spread to 105 countries, with around a million members. Many of their communities are in impoverished areas.

It has been present at the parish level in Ireland for the last 32 years with communities in Cork, Killarney, Belfast, Dublin, Dundalk, Drogheda and Newry, and present in the Archdiocese of Armagh for 10 years.